In her black hoodie with scraped-back hair, winking to her cameraphone and giving a thumbs up, Lotje Sodderland looks like any young woman making a video of herself to send to a friend. But underneath the hoodie is a blood-caked scar from brain surgery. Sodderland is lucky to be alive, having suffered a massive stroke which left her unable to speak, read, write and perform even simple tasks.

This footage, which she captured just weeks after waking up from an induced coma, has become part of My Beautiful Broken Brain, a film by Sodderland and Sophie Robinson, which premieres tomorrowÂ on Netflix. The extraordinary documentary takes you on a journey inside Sodderland’s mind, using special effects to recreate the distorted vision she experienced as a side-effect of the stroke and the pulsating colours and strange visuals that became her new normal.

“I remember it just felt like I was on the moon and looking down on everything,” she tells me by phone, having just landed back in London after showing the film at SXSW festival in Austin, Texas. “It wasn’t a logical reality, it was another dimension. I’d lost the ability to retain information so I wanted to record this new and terrifying place I’d found myself in.”

In 2011, Soderland, then 34 and working as a documentary producer, woke up in the early hours of the morning in her flat in east London with an excruciating headache. She was suffering a massive brain haemorrhage due to a rare developmental malformation of the blood vessels in her brain. She managed to get herself dressed and stumbled to a nearby hotel, before blacking out completely. She woke up in hospital two days later, and once she had her belongings returned to her, found herself reaching for her iPhone and — once someone had shown her how to use it again — pressing record

Although initially Sodderland was using her phone videos to help her remember all the meetings with doctors, she realised that she also wanted to document what was happening to her. “Having lost the ability to create a linear narrative it became really important to me to tell this story,” she says. “But I knew that I’d need some help.” 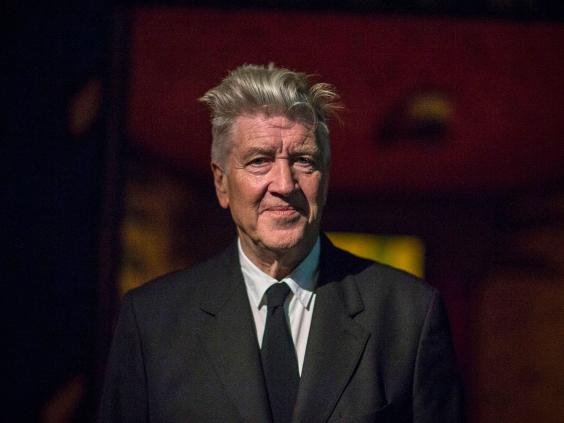 David LynchÂ became an executive producer on the film (Getty)

Still unable to speak coherently, Sodderland wanted to get in touch with Sophie Robinson, a documentary film-maker she had met once through work, but had forgotten her name and had no way of articulating who she was. She drew her brother a picture of a TV and a horizon — because she remembered that Robinson had made a documentary for the BBC series — and after “a few hours” he figured it out.

“I went to meet her the day after she got out of hospital,” says Robinson. “We started filming that day and she was still very confused and there was a big part of me that was wary because I knew she was very vulnerable and had to concentrate on recovery. But from that first interview she did on camera, my hairs stood up on my neck.”

Sodderland saw parallels between the almost hallucinatory things she was experiencing and David Lynch films. Once a teenage Twin Peaks fan, Sodderland started making small video diaries for the director for fun, not thinking that he’d ever see them. “I just thought he’d understand,” she says. “He knows about the non-linear narratives and the subtle relationship between the mundane and the surreal.” Midway through filming, Robinson contacted Lynch’s agent to try and show him one of these videos and much to their surprise he sent them an email back. “It was amazing, it was all in capital letters with lots of dots,” remembers Robinson. He then invited Sodderland to a video conference he was doing and when she went to LA on holiday Lynch invited her over for coffee. He subsequently became an executive producer on the film, “which definitely didn’t hurt, having his name on your poster” notes Robinson. 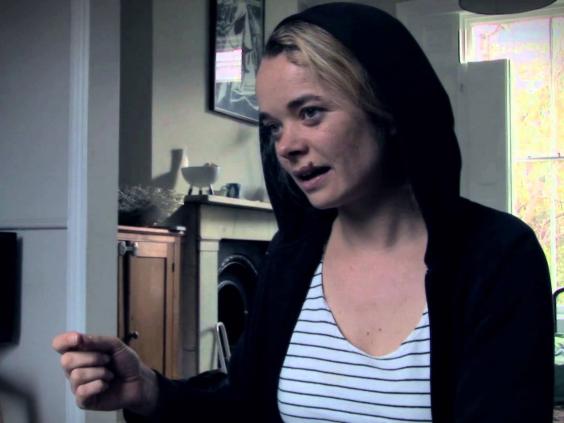 Sodderland is lucky to be alive, having suffered a massive stroke which left her unable to speak, read, write and perform even simple tasks

Sodderland describes the process of making My Beautiful Broken Brain as essential to her recovery. “Things were all deconstructed and disconnected and didn’t make sense, so making the film was a way to relearn how to tell a story.” Pretending she was an actor, playing a character in a film, also helped give her distance from the more distressing things she went through in hospital.

Sodderland still struggles to read and write and has had to accept the differences in her new life. “My life now is very simple, it’s very focused, but actually now I’ve come to terms with that, I can appreciate the beauty of it.” She has a new partner, a new job as a film-maker and cinematographer and is excited for the future. As well as the new series of Twin Peaks.

‘My Beautiful Broken Brain’ is released on Netflix tomorrow

Niamh Malone was a clinical nurse specialist in stroke rehabilitation for more than a decade. Three years ago she suffered a stroke herself. As part of her recovery she designed a motivational psychological programme and she has now developed the app “Recovery After a Brain Injury” to help people faced with similar challenges.

In 2013, Lorna Smalley was rushed to hospital with encephalitis, an inflammation of the brain. She lost two years of her memory, forgetting her own daughter and even asking whether she herself was Chinese. She has now recovered, but requires dozens of daily iPhone reminders to compensate for her unreliable short-term memory.

David Festenstein, who has written a blog about his recovery from a stroke, has suggested that the video and audio recording capabilities on our smartphones can play a vital role in stroke recovery. By making videos and telling the story of his stroke, David found that he was able to visualise the physiological progress he had made and still needed to make.