Running a B&B: just how easy is it?

At some point nearly all of us have dreamed of quitting the day job to run our own B&B. My personal reverie involves me Aga-side in an apron, rustling up perfectly poached eggs for grateful guests. Obviously there’d be hard parts, but surely not having a daily commute beyond going downstairs would be worth changing a few beds for.

I’m not the only one with a Plan B&B. According to The Bed and Breakfast Association (yes, that’s a thing) 1,000 new B&Bs were opened last year, increasingly by younger people who are jacking in city life to take in paying guests in a cottage in the country. But what’s it really like to make bed and breakfast your bread and butter? Armed only with the knowledge I’d gleaned from a few episodes of Four in a Bed, I travelled around the UK to take over the ropes at three characterful B&Bs.

Nickey Forster quit her job in London as a fashion buyer and bought Falstone Barns in Northumberland with her husband, Simon, in 2002. They’ve since turned the 400-year-old farmhouse into five guest rooms and four holiday apartments, with two shepherds’ huts outside. “Running a B&B is really hard work,” says Nickey. “You have to think laterally, you have to multi-task. There’s a lot more to it than just bed and breakfast.” She recalls a few GFH (that’s “guests from hell” in B&B-owner-speak), like the one who brought their shotgun to stay, and left live ammunition lying around the room for her to dispose of. 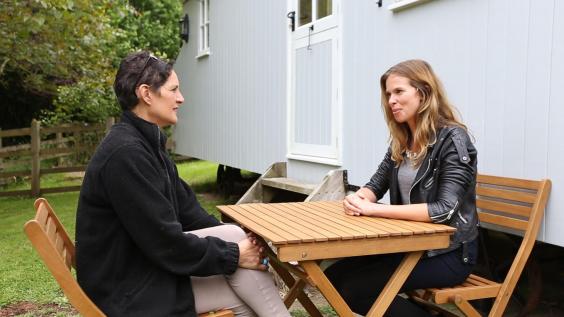 The busiest time at Falstone Barns is between 10am and 12pm for what Nickey calls “The Changeover”. Usually at this time I’d be checking emails or having my morning tea; now I’m stripping beds and attempting hospital corners with Helen, Nickey’s right-hand woman. Helen says the bane of her life is the confetti-like hearts some couples scatter around the rooms on their romantic mini-break – a bugger to sweep up, apparently.

At first I try and make every nightstand look perfect, but I’m taking too long and Helen only allocates 15 minutes per room. It’s physically exhausting work, my back aches about two pillowcases in, and I’m suddenly filled with regret about all the times I’ve left hotel rooms in a mess or checked out late. 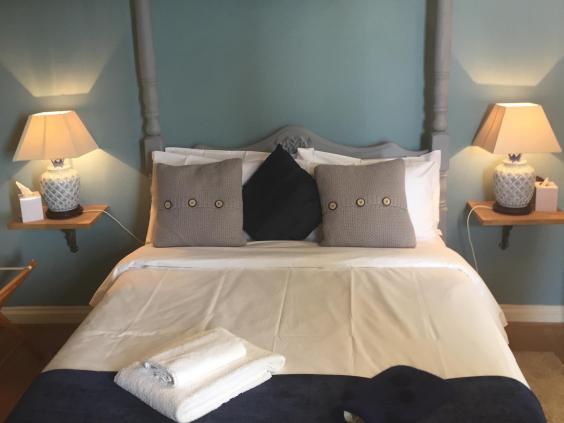 Making up bedrooms is surprisingly challenging

It’s not long before disaster strikes. One of the self-catering cottages has a broken washing machine. We spend a few exasperated minutes trying to repair it. Well, I say “we”. I basically watch Helen with a concerned look on my face, until we decide to call the boss — and Nickey isn’t flustered at all.

The bed and breakfast sector in the UK is currently worth an estimated Â£2 billion, although the recent domination of Airbnb means that the traditional bed and breakfast has had to up its game to compete. Zoe and Andy Walton had the luxury market in mind when they converted The Old Mill in Yarm, Stockton-on-Tees. 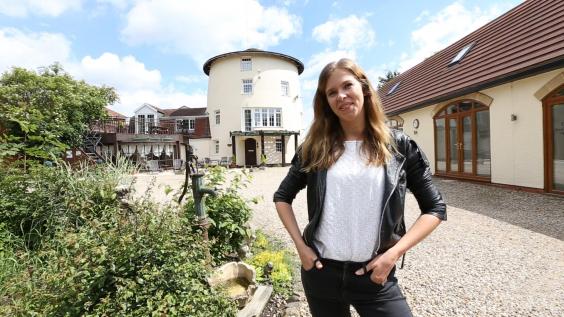 Kate at The Old Mill

This 18th-century cotton mill was a wreck when they bought it in 2013 and turned it into 10 rooms with en suite bathrooms and hot tubs. Andy gets up at 6am every day to cook breakfast for all the guests – his record is 45 fry-ups in one morning.

“You do have to be tolerant of people,” he tells me, with the slightly weary air of a man who’s made one too many poached eggs. “People have high expectations these days. I remember one guy wanted room service, which we don’t do, or you have guests phoning up to book a room at 4am. They think you’re available all hours.”

Cooking breakfast at home is my specialty (by which I mean it’s the only meal I tend to cook), but when six guests come down at once demanding full fry-ups, I try not to panic. Andy is a master at chatting to guests over breakfast. He’s one part stand-up comic, one part local guide, one part chef. When it’s my turn to don the blue pinny of doom I surprise myself by actually enjoying the repartee. I’m not sure I’d still have my sense of humour doing it day in day out, seven days a week, though.

I fare a little better at The Castle at Edgehill, near Oxford. Mark Higgs renovated this historic property in 2013. It might sound dreamy to renovate a 19th-century castle, but the stone walls are so thick that wi-fi can’t penetrate and carrying bedding up and down the spiral stairs is no mean feat. 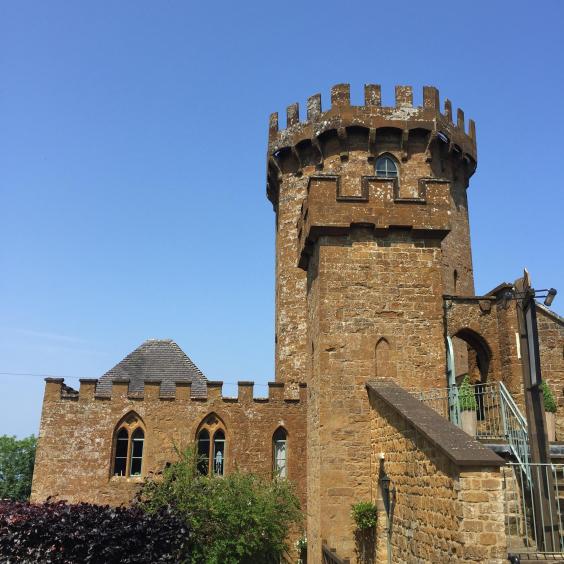 The Castle at Edge Hill

Unlike a home, B&Bs have so much footfall that they need constant upkeep to ensure they look immaculate. Mark tells me they’ve painted the walls eight times in three years, which slightly kills my Farrow & Ball fantasies. “This life is not for the faint-hearted,” he tells me. “You’re never off duty. You have to be up early and you work until late at night. But you do get a bit of time in the middle of the day to do other things and I can’t imagine doing anything else now.”

Running three very different properties for the night has made me realise that I’d massively underestimated how demanding it is. I’d still love my own boutique bed and breakfast one day, but I think I’ll stick to staying in them for now.

The Old Mill, Yarm (bedandbreakfastyarm.com). Doubles from Â£65 a night, room only.

The Castle at Edgehill, Oxfordshire (castleatedgehill.co.uk). Doubles from Â£65, B&B.

Kate’s trip was organised by Eviivo, the booking software company

Read the full article online at The Independent